Remember 1978- the Sunday after Thanksgiving?

Remember when most of Asian-America is proud of Chinese and Japanese mingling in their souls?
Thru Movies & History

The "artists" from another side of Yellow - the Religious Masaoka-Minetta White side of Yellow seem to have the run of the remnants of "the community" There are a few ghosts who communicate with yours truly -I wish they’d speak for themselves - but Yellows have been bred scared for too long. The receptivity to art has gone dud in the American Yellow. What's a Yellow full of his people to do? Sing another man's song loudly? Yell? I'd like to see Yellow art, like a play, be played by different casts across the land at the same time-each perf valid, exciting, controversial in relation to the times should be questioned for shady reasoninng called storytelling.

Yellows of the old country told stories, and had stories told about them, and knew how to tell the diff twixt folk and the official national taught-
'Note that the Masaoka-Minetta -NCRR camp never, never, never tell a children's story from the old country. Never have. Never will. They just don't know themselves. Michi Weglyn come back! Walter, talk to her.

THE JACL STRATEGY Masaoka – via Hosokawa logic seems to be – Japs because of the Yellow race splashed all over them IN SPITE OF being born in the USA – before citizenship, must earn it. (In the Womb?) Only Whites are born or endowed with citizenship. Citizenship is a state approved by Whites. The JACL rejects the Issei and their civ and culture, and declare their clean slate preference for White gods, in an act of surrender of Jap ways and submission to White concentration camps for tests of White racist loyalty. WHAT ARE YOU TALKING ABOUT? WHADDAYA TALK?

How many Yellow films in all the years of Yellow films at the Yellow festivals tell a story of a Yellow male in love with a Yellow female who is in love with the Yellow male? How many of yesterdays Yellows of today show Yellow looks at Chinatowns and J-Towns of Yesterday. How many films like Hayakawa owned Hayworth studio' s THE TONGMAN with Sessue Hayakwa looking like a Tongman of the 20’s. White women in the Midwest swooned in the silent moviehouses. Sighed and swooned. Then Valentino arrived. Then Somerset Maugham hit it lit! Singapore and the Colonizing east Asia makes the movies. THE LETTER, of 1929 with Jeanne Eagels and THE LETTER with. Bette Davis and an ending written to satisfy The Hays Code morals certification of the producers association. MGM- THE GOOD EARTH (1937) opens with a card signed by Irving Thalberg saying this is the first movie approved by the Code- The White racist morals Code. Where does Koreatown come from? The eyes of Code of Hollywood looks down on all Yellows, Down down down ever since.

Now the neglected actors act like the JACL – Moral Instuctors in the, White approved, proper portrayal Yellows before Whites. Yellows are wrong to criticize chickenshit Yellow actors. WHAT DO THE PEOPLE THINK OF ACTORS AND THEATERS THAT SCOLD THE PEOPLE TO BEHAVE MORE LIKABLE TO THE WHITES THAT RESCUE US PEOPLE THINK? “HUH?” A theater that tells the people it speaks to , and for, not to criticize it for fear the Whites might read. So don’t criticize. Don’t publish. AATheater of Tisa Chang and Ken Narasaki and the East West Players are bouquets of prayers to the White Man to Please Shit on Me. Shit on us please! Like St Thaomas Acquinas, Yellows have sinned heavily, naughtily, drunkenly while young and like Acquinas Yellows jumped from Sin into old age and redemption. Yellows that convert to White belief are SAVED! Hallelujah! And the Filps and Tisa Chang, Ken Narasaki, East West Players, and STAR TREK character George Takei demand Yellows confess their sins and the real resisters and journalsts and No-No Boys have no reason to like or obey or attend official AATheater.

A journalist would check the names of people I say are prominent in their community circles, in the Internet. Check my facts about Far Mulan and the Heart Mt Fair Play Committee.
You call yourself Asian or Chinese, at least, or finally. Whose Poon Goo? (Pangu) Mmmmmm?

Ah! You find your way to the children’s stories on your own. The playwright driven to writing fiction meant to be read aloud - by his casts and newspeople, and spokesmen for the Yellow peoples – AAStudies boasts that Frank Chin Is NOT A Part of This Class - Yellow Journalists climb into your brains and deal in hard facts of the real and the emptiness of the fake.

Meantime Minetta has a monument waving the flag of Mike Masaoka as a Civil Right Advocate on US ground reserved for gov approved monuments over the objections of Japanese American scholars. The Sec of Interior, said his friend Menetta assured him the scholars were too young to know what they were talking about, and scolded the scholars and approved the monument sneakily honoring Minetta bro in law, the JACL ‘s Mike Masaoka. The JACL and Mike Masaoka are officially accepted as American heroes because they stand on ground designated as sacred to the nation: hallowed ground. What about monuments on private ground like headstones? Exactly. Who owns the land. Who erects a monument on their own land like a Bob’s Big Boy statue in front of Bob’s Big Boy, And verily! Verily! Maxine Hong Kingston’s THE WOMAN WARRIOR is taught across the grade school of America as the truth.

Why are JACL - George Takei’s trust the intent of the USA and Mad Max’s Woman Warrior truth the same? BY ORDER OF THE PRESIDENT OF THE UNITED STATES.

Verily! Verily! Pres candidate Trump compares Muslims in America and Japanese and say treat the Muslims the same Roosevelt Executive Orders the Japs into a program of ten concentration camps in states with swamps and deserts, from California to Arkansas. Arkansas has two camps of ten thousand souls each. Blaine and Rohwer. George Takei was five years old in Rohwer, Arkansas. The Japanese family traveling from farm to farm in Arkansas in Cynthia Kadohata’s THE FLOATING WORLD, is in a world with no memory of Blaine or Rohwer or where the Nisei mother preferred the company of a White man. White critics oooooh! And Ahhhh! Over the selective vision of Yellow self.

Alan Lomax traces the folksong, THE STATE OF ARKANSAS- to a wave of “Irish migratory workers who come to Arkansas in the early days of statehood, looking for a job. Having endured ‘swamp angels, canebrakes, chills and corn-dodgers as hard as any rock’ for a month, he escaped back into America and went on his way spreading his ‘ant-Arkansas’ propaganda.”

I worked six weeks for this son-of-a-gun, Jesse Herring was his name,/
He was six foot seven in his stocking feet and taller than any crane,/
His hair hung down like rat tails on hos long lantern jaw,/
He was the photograph of all the gents who lived in Arkansas.
He fed me on corn dodgers, as hard as any rock,/
Till my teeth began to loosen and my knees began to knock,/
I got so thin on sassafras tea, I could hide behind the straw/
And indeed I was a different man, when I left old Arkansas.
Farewell to swamp-angels, canebrakes and chills/
Farewell to sage and sassafas and corn dodger pills,/
If I ever see this land again, I’ll give to you my paw,/
It will be through a telescope – FROM HERE TO/
ARKANSAS. Owooo!/
Hear that wolf? 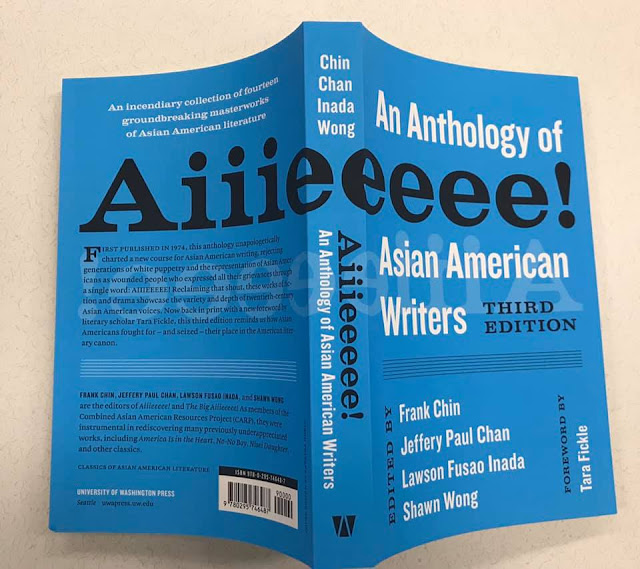